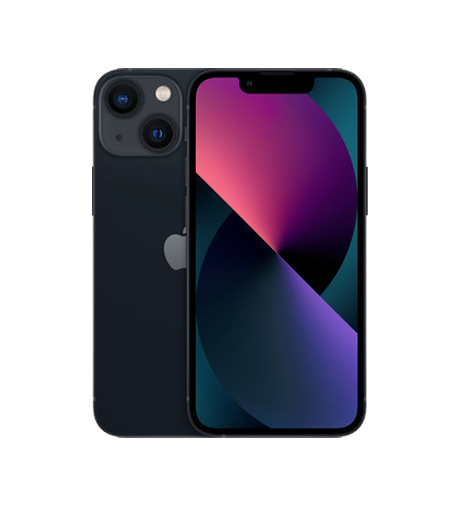 The iPhone 13 mini is brought to you by Apple, the world's first $3 trillion company. We are proud to announce that the latest Apple iPhones work on Verizon’s new C-Band network to give 100 million Americans more access to faster 5G speeds than ever before.

Featuring a sleek 5.4" design and Ceramic Shield screen tougher than any other smartphone, the brand new iPhone mini has an improved XDR OLED display capable of up to 1200 nits of brightness and offers more viewable screen space than the previous generation iPhone. Powered by the 6-core A15 Bionic CPU (with 15 billion transistors), the latest iPhone 13 mini is 50% faster than the competition at the time of launch and features Apple's enhanced Neural Engine for handling complex tasks such as language translation or sentence completion recommendations with ease. The new iPhone mini is equipped with a dual-camera system and Cinematic mode for improved video-taking and better low-light photography. Major battery life improvements are made possible by Apple's industry-leading processor set, more efficient components, a larger battery, and power optimizations from iPhone's deep integration of hardware and software. The iPhone 13 mini delivers incredible battery life, up to an hour and a half more than iPhone 12 mini, and internal 5G enhanced antennas provide the fastest download speeds yet.

Thanks for subscribing!
Store Locator